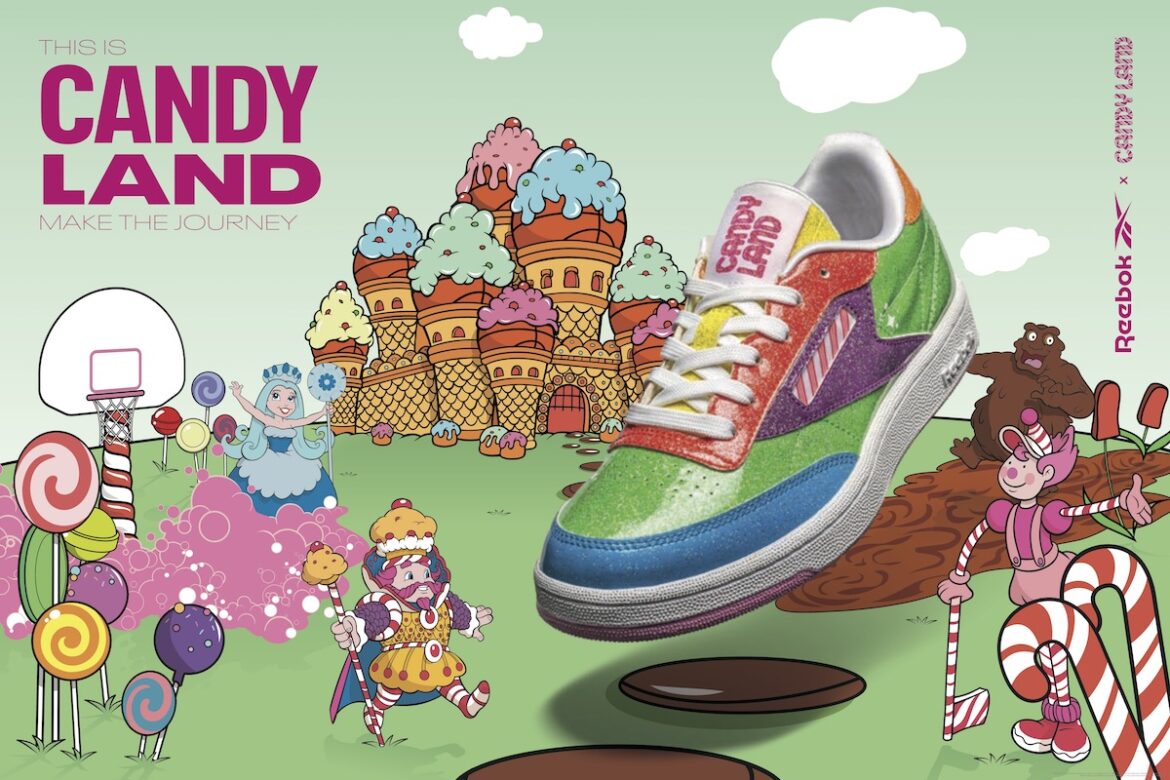 Reebok has teamed up with Hasbro’s “Candy Land”, for a collection that includes a bevy of retro basketball designs in colorful colorways. The collection will include classic silhouettes like: Question Mid “Sweet Moves” and Kamikaze II “Bring the Sweet”.

The Question Mid will arrive with purple dot patterns that were inspired by the game board’s “dot spots” with a grassy material seen on the tongue. The uppers include Rainbow Trail–inspired windows on the midfoot. The Kamikaze II consists of a patent leather base with details influenced by Candy Land’s winding Rainbow Path. Other options include the Classic Leather “Where Kandy Rules” and the Club C 85 “Make the Journey.”

The Reebok x Hasbro “Candy Land” collection will be released April 21, on the Reebok website.