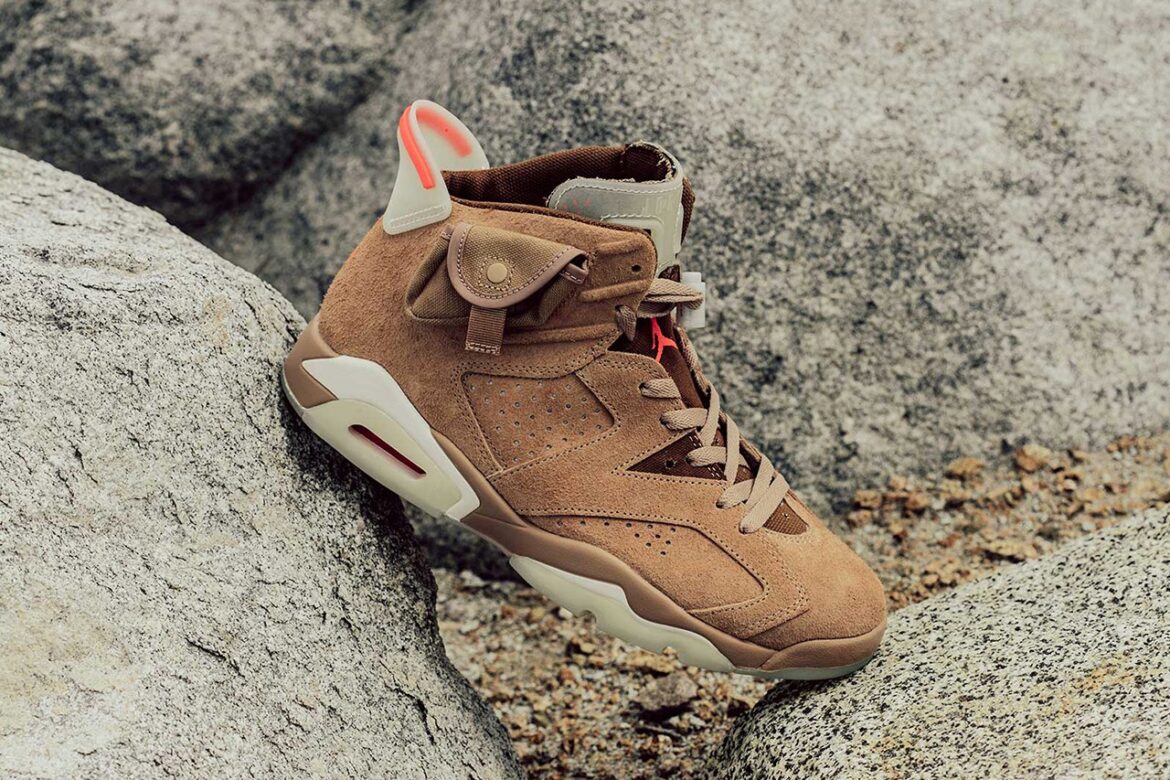 The Travis Scott x Air Jordan 6 “British Khaki”, has officially been released. They arrive in premium suede and Cactus Jack-inspired details. The upper is dressed in “British Khaki” suede’. Features include a zip and button closure, as well as embroidered Cactus Jack branding on the heel and a printed logo on the outsole.

The Travis Scott x Air Jordan 6, will be released on April 30, at Feature and select retailers.