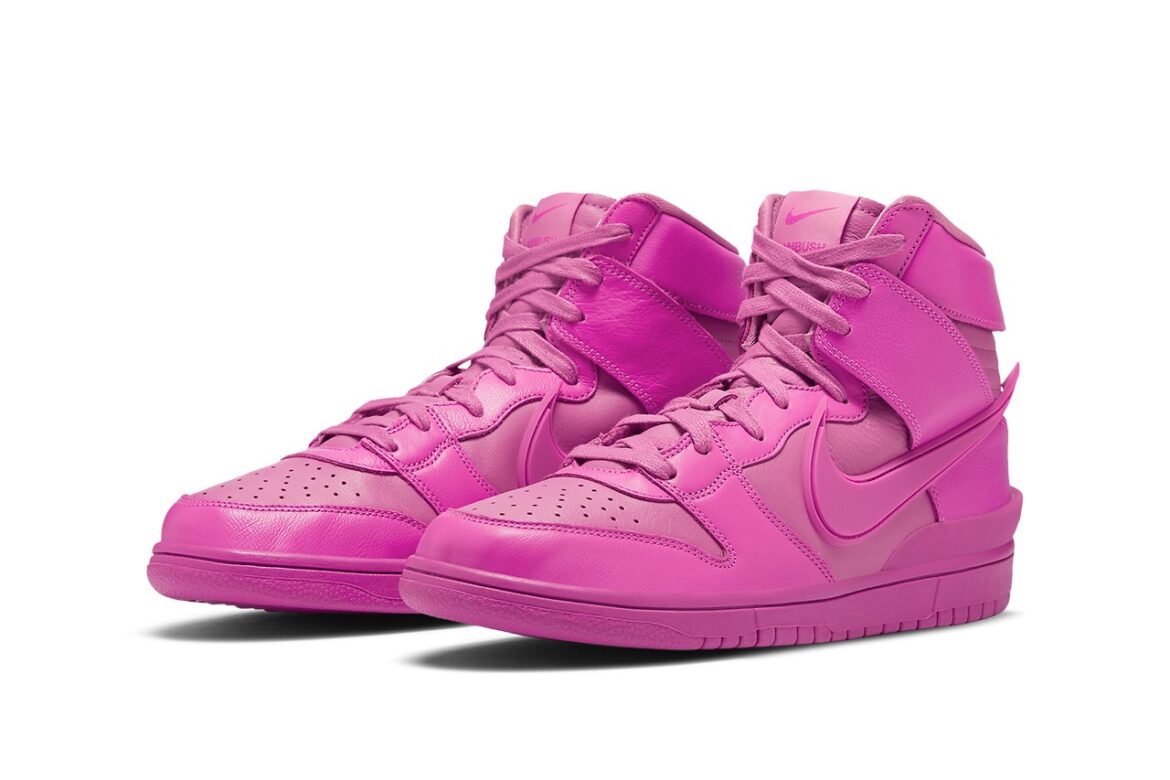 AMBUSH founder Yoon gives us a detailed look at her upcoming collaboration with Nike, on the Dunk High silhouette in a “Cosmic Fuchsia.” colorway. Also nicknamed “Lethal Pink,” the flashy colorway was originally scheduled to come out on January 14, but was delayed until next month.
“If I were to go to Pantone and create my own pink, I would call it ‘Killa Pink 2’,” the Tokyo-based designer commented as she shared a peek at the new sneakers. Unsurprisingly, the design comes fully clothed in a magenta shade, with the side Swooshes extending past the heel to create a three-dimensional effect.

The AMBUSH x Nike Dunk High “Cosmic Fuchsia” is set to be released February 4 through Nike SNKRS for € 160 euros.