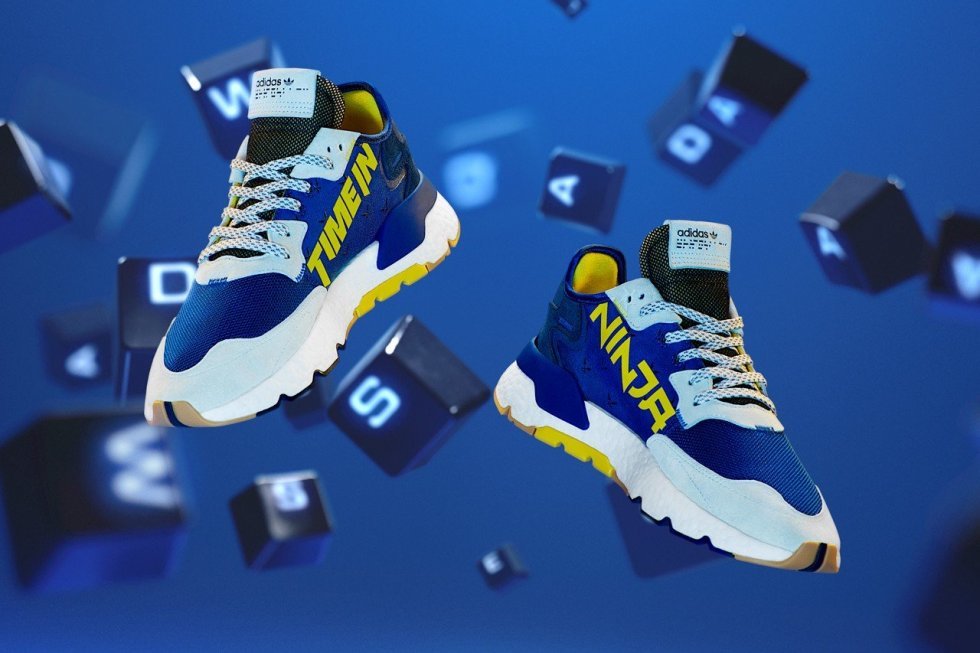 NINJA Teams up With ADIDAS for “TIME IN” ‘NITE JOGGER Sneaks’

Ninja or Tyler Blevens, the name of the former Twitch streamer who is currently the main driving force on Microsoft’s streaming service Mixer, is best known for being a pretty potent Fortnite gamer.

Ninja, who had well over 10 million followers on Twitch, in 2019 entered into an exclusive collaboration with Microsoft’s Twitch competitor Mixer, where he currently has 2.7 million followers. He is now cashing in on some of his XP, in a collaboration with Adidas, which is releasing a special edition of their Nite Jogger sneaks, with Ninja’s signature “Time In” as the supporting element.