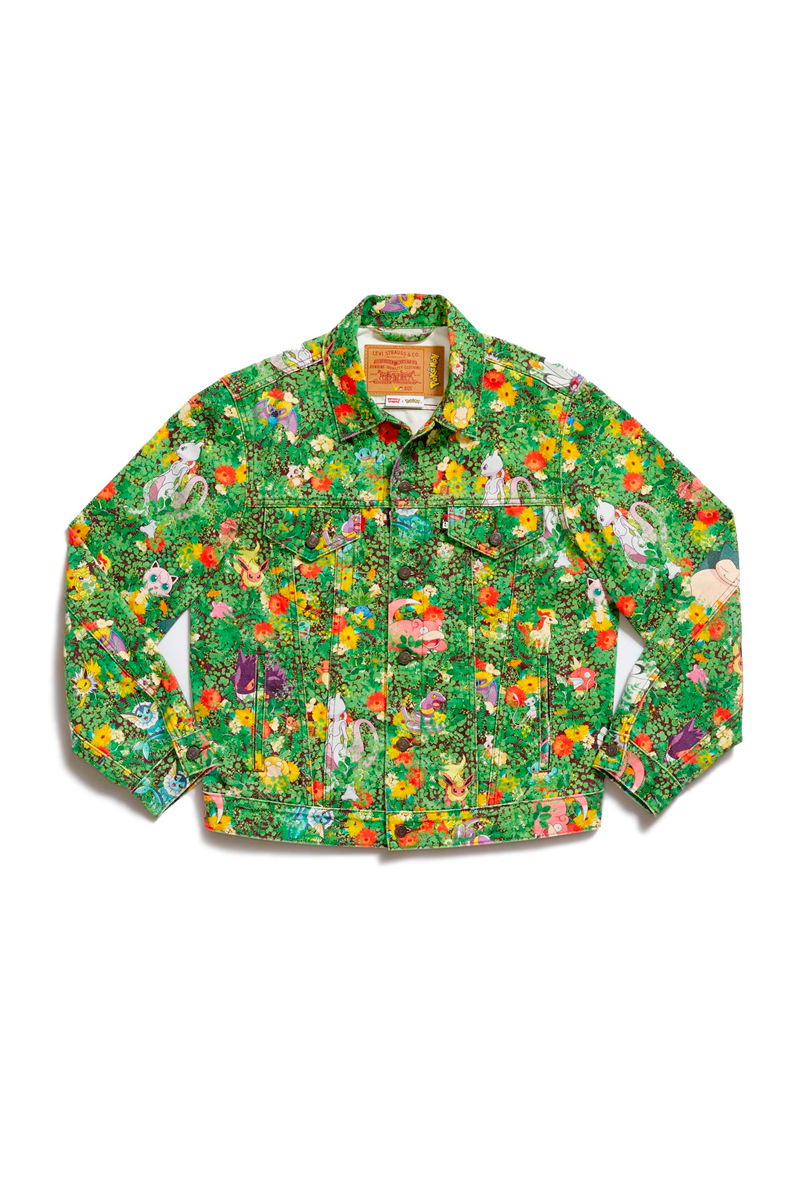 Back in January we wrote about a Levi’s and Pokémon collaboration that was in the works, but the details were vague. Today Levi’s has presented a full preview of just what the new collaboration has to offer, which is: pants, tops, Jeans, t-shirts, sweatshirts, and accessories, which feature prints of the popular characters and the wooded environments of the Kanto region, all inspired by the first season of the animated series.

Garments such as the Vintage Fit Trucker Jacket or the 551 Z Authentic Straight jean stand out, both with a large embroidered Pikachu and lightning patches. The collection also includes several t-shirts with characters from the series such as Ash, Misty and Pokémons from the first season.

The accessories are also inspired by Pokémon: like the red and white cap similar to the one used by Ash Ketchum in the series. Or Pikachu’s yellow beanie with ears. There is also a tote bag, a Poké Ball fanny pack, and socks.

The entire Levi’s x Pokémon collection will be available from February 15 on the Levi’s website.