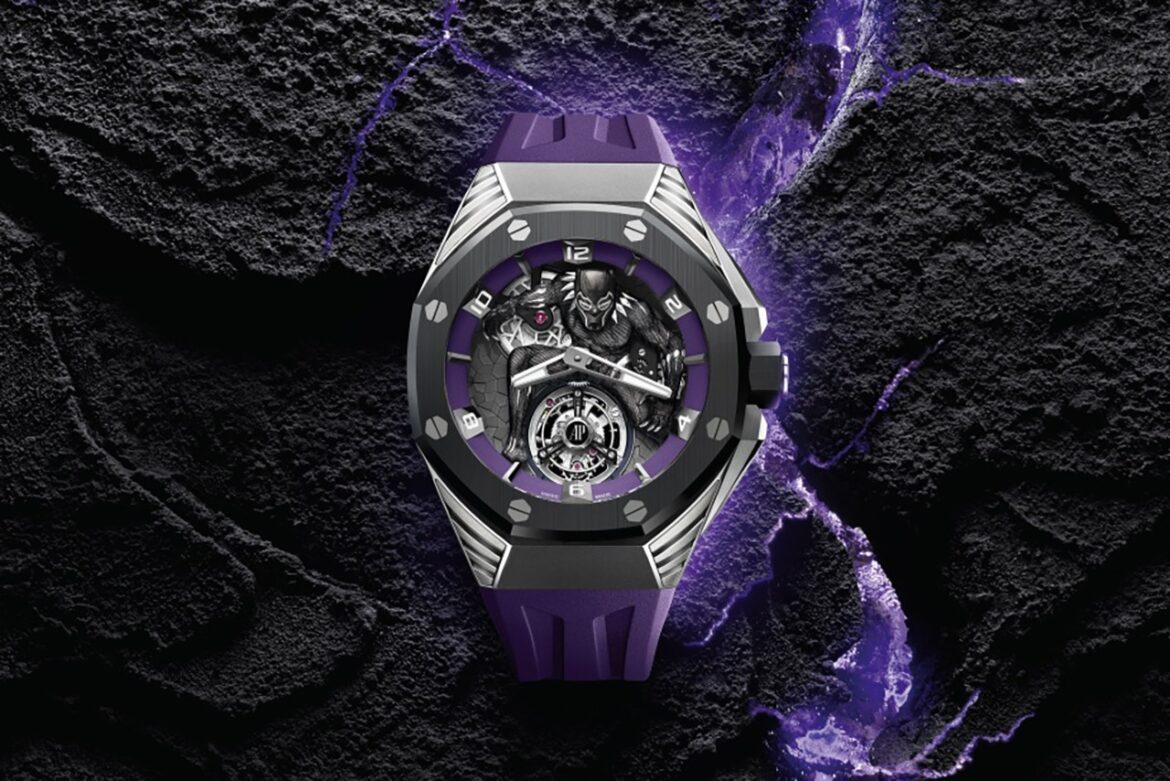 Two iconic brands on top of both of each their fields have teamed up for an extremely rare and luxorious watch. We’re talking about MARVEL and Audemars Piquet, who has collaborated on the Royal Oak Concept “Black Panther” Flying Tourbillon, which is limited to only 250 pieces and will run you $161,000 USD.

Black Panther is a superhero from the American company Marvel Comics, created in 1966 by Stan Lee and Jack Kirby for number 52 of The Fantastic Four. He was the first black superhero in commercial American comics, and apparently this will be the first, in a series of long term collaborations, where the first watch will be dedicated to the Black Panther. Francois-Henry Bennahmias, who is CEO of Audemars Piquet, is a great comic book reader, so this has been a kind of a challenge and personal purpose, that will begin with this very luxorious and expensive item from Wakanda’s best known hero.

The caliber 2965 design of this 42mm watch is reminiscent of the avant-garde Marvel superhero costume and features a rounded titanium case with an octagonal bezel and a black ceramic crown. The painting and engraving alone, required 30 hours of work per piece, and four engravers and four painters where assigned to the task.