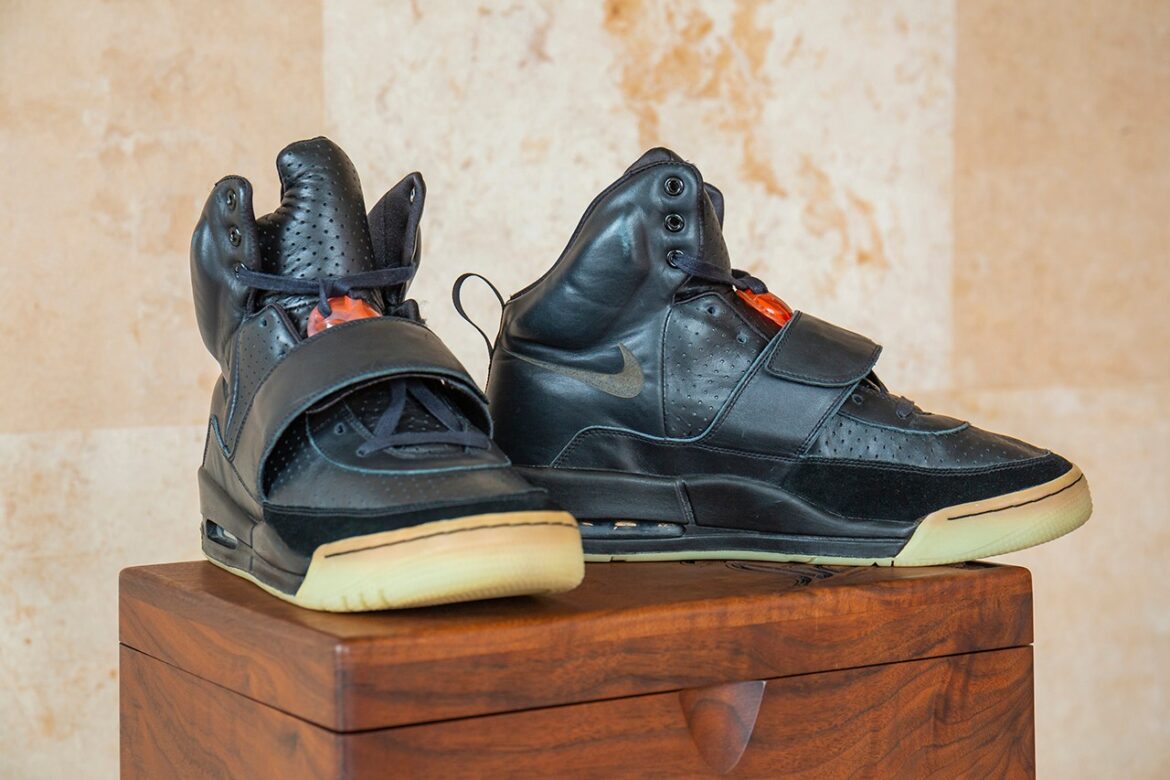 The iconic auction house Sotheby’s have announced that Kanye West’s pair of Nike Air Yeezy I are on the auction block, and it’s valued at over $1 million dollars. This extremely rare pair of high-top black sneakers is a prototype of the early Yeezys, that he wore on stage in February 2008 for his memorable 50th Grammy performance.