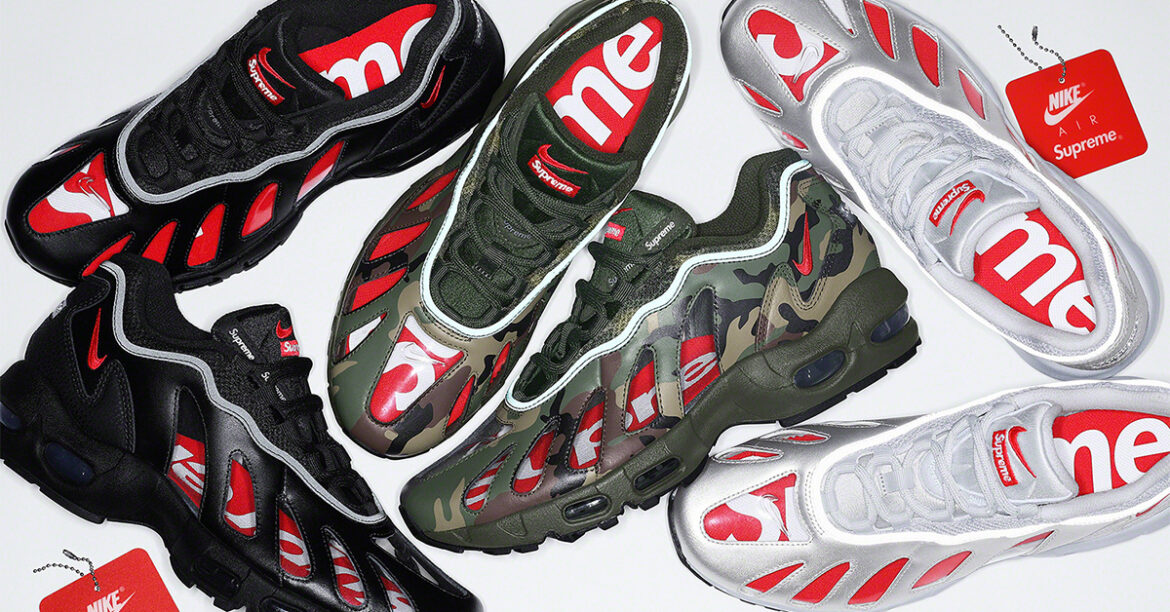 Back in April Supreme and Nike announced that they had linked up on the Air Max 96 silhouette.

It’s designed with futuristic lines, exposing the interior and finished in black leather with a more classic cut. For whatever reason this silhouette has not had as much impact as its 95 or 97 sisters, but Supreme is bringing it back to life. Creating a very effective silhouette, which are transparent on the side and toe, with space for branding on the tongue and heel, and for embroidered details in red that combine with the total black look.

The sneakers arrives in three colorways: “Camo“, “Black“, and “Silver“. Rememer that it’s transparent, so in case your socks aren’t on point, Supreme and Nike has created a pair of lightweight socks with jacquard logos, in black and red that will be sold separately.

The Supreme x Nike Air Max 96 will be released on May 6, on the Supreme website, as well as Supreme stores. There will also be a SNKRS release in the near future.

[…] week’s Supreme drop has more in store for us. A couple of days ago we wrote about the Nike Air Max 96 collab, and today they have unveiled a capsule collection together with British artist and radical […]