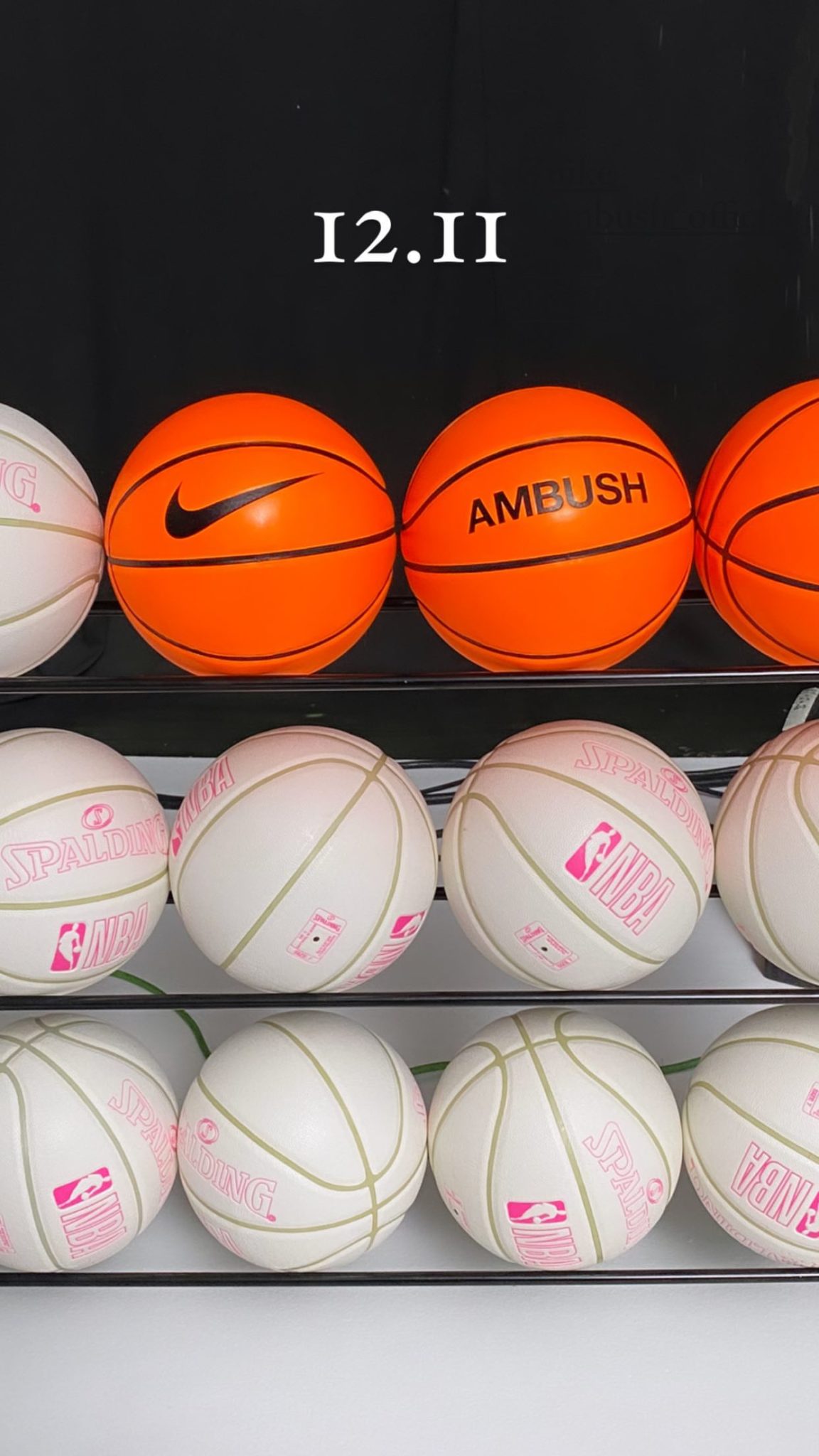 AMBUSH founder Yoon just announced an upcoming collaboration with Nike and NBA on her Instagram.
Specific details have not yet been revealed except for a series of videos and images of basketballs that were shared through the designer’s account.

The ball comes out in a classic orange colorway and an NBA edition that arrives in a creamy white hue with hints of pink. The orange version is embellished with the Japanese firm’s logo and Nike Swoosh, while the white version features Spalding branding and the iconic Jerry West silhouette of the NBA.

The AMBUSH x Nike x NBA collab is expected to be released on December 11.