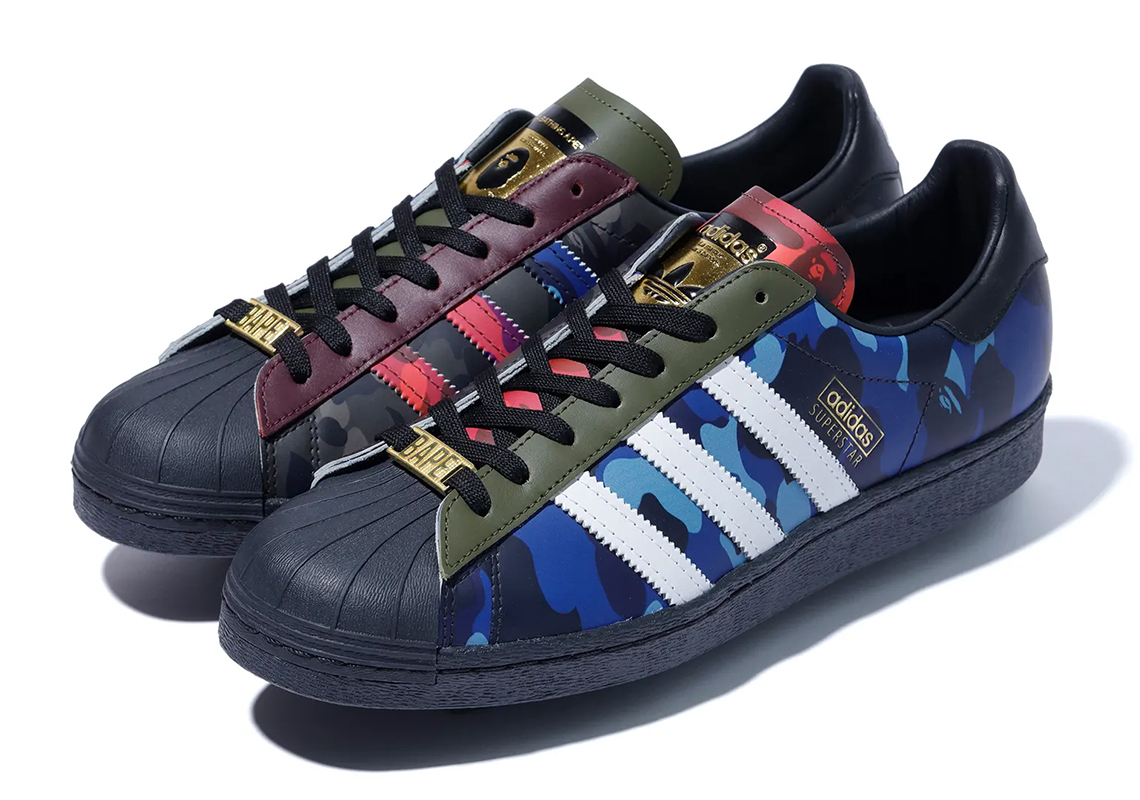 BAPE has teamed up with adidas once again. This time the choice has fallen on the iconic Superstar silhouette, which will arrive in two colourways.

One arrives in the classic black and white tones, with the three stripes branded on the one side, and the lightning bolt of the Bapesta on the other. On one tongue its the classic adidas logo and on the other the BAPElogo is featured. The same thing goes for the heels. On one heel we see the adidas logo, and on the other we see BAPE’s, while the gold lace keepers remain the same on both.

The other sneaker is made to celebrate the adidas superstar silhouette’s 50th anniversary. The colourway features a plethora of colors like: red, dark- blue, sky-blue, army-green, white, black and gold, in a classic BAPE camouflage pattern. In keeping with the classic sneaker cut, this darker, more striking option featured the same details as its capsule companion.

The two BAPE x adidas Superstar 80’s models will be available from February 27, on the BAPE and adidas websites.