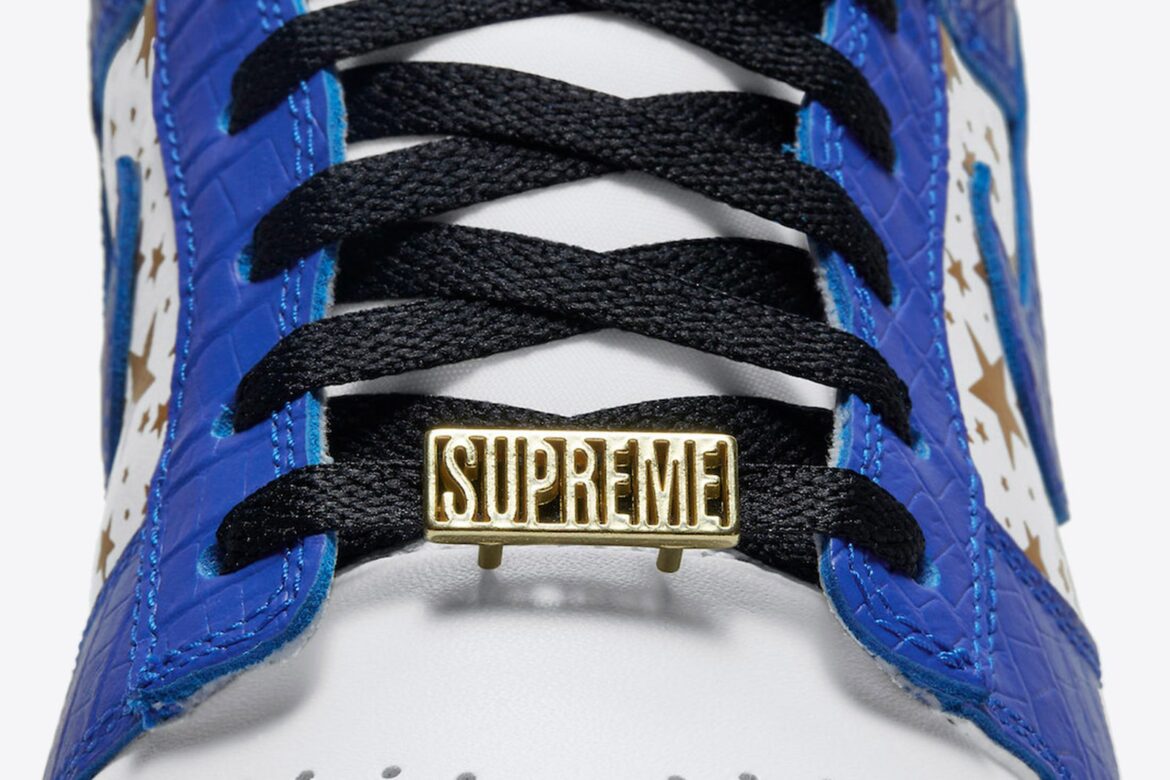 Supreme and Nike SB has teamed up on the Dunk Low silhouette.
This week, official images from the long-awaited collaboration have made their way to social media, giving us a detailed look at the ‘Hyper Blue‘ colourway, that reportedly is one of multiple Supreme x Nike SB Dunk Lows that is set to drop this year. Supreme’s next drop is remarkably similar to the previous collaboration, featuring a soft leather upper with crocodile skin overlays and a star pattern on the sides.

The gold Nike branding matches the star graphic accordingly, as seen on the embroidered ‘NIKE’ heel, ‘NIKE’ branded tongue tag, and ‘SUPREME’ hems. The insoles emerge in Supreme’s signature red hue, featuring Supreme and Nike SB branding, while the black laces are detailed with the brand’s ‘World Famous‘ slogan at the lacing tips.

A release date for the Supreme x Nike SB Dunks has yet to be released, so stay tuned for official release information.