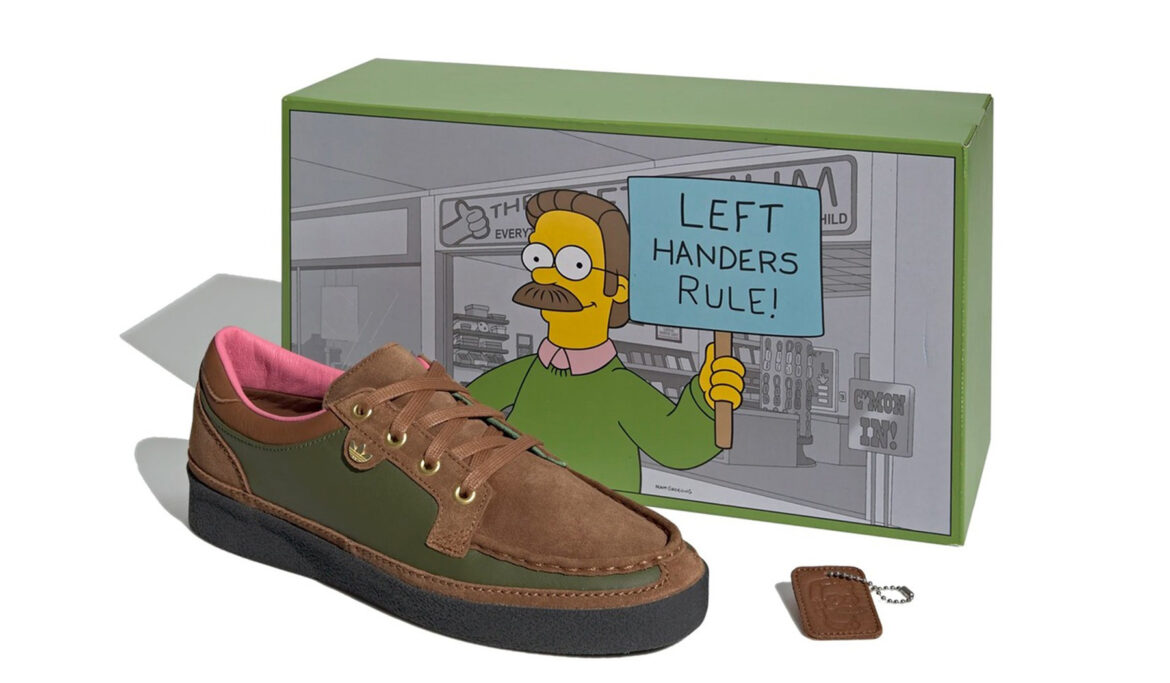 Adidas has unveiled its latest collaboration with The Simpsons, in the form of a shoe inspired by Ned Flanders.

It looks like a moccasin, but it’s not. It has the detail of the pink border on the inside, as a nod to the polo shirt that Ned wears in the series and the colors of his sweater on the rest of the shoe.

In addition, adidas has created a special themed box for lefties and Simpsons fans in honor of Flanders’ Leftorium store that includes a poster inside.

The adidas x The Simpsons Ned Flanders shoes will be released October 3, on the adidas website.