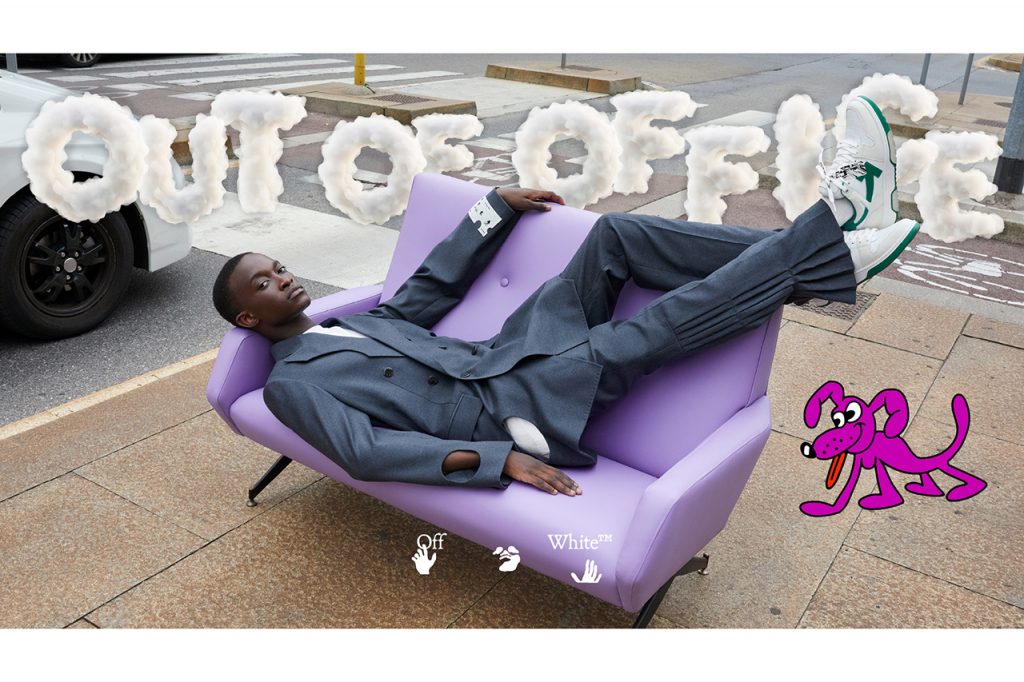 Off-White ™ “Out of Office”

After opening the doors to their new stores in London and Milan, Off-White ™ has just officially unveiled their new “Out of Office” sneaker.
The silhouette, which was part of the brand’s Fall / Winter 2020 collection, is inspired by tennis shoes from the late 1980s and early 1990s.

The shoe itself features a low silhouette, which mixes references to basketball and running with the silhouette of a tennis sneaker. The shoe’s most prominent detail is its version of the Off-White ™ arrow logo, which has been recontextualized forward and a large arrow along the side.

The Off-White ™ “Out of Office” sneaker will be released in five color combinations, purple, green, red, tan and “Collegiate Pale Blue.” Some colorways will be male and others female.