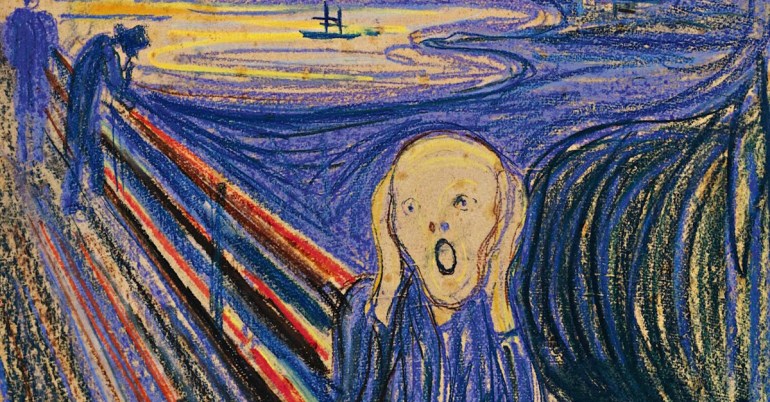 After extensive research Norwegian experts state, that Edvard Munch himself was responsible for the mysterious inscription on his famous painting “The Scream“.

“Can only be painted by a madman” is written in the upper left corner of the iconic painting.

New studies in connection with the painting being preserved and examined have led to an explanation for the strange phrase in the red sky on the painting, the National Museum in Oslo writes in a press release. The Museum also owns the first edition from 1893.

“There is no doubt that the inscription is Munch’s own. Both the manuscript and events from the period when Munch showed the painting for the first time in Norway point in the same direction”

– Mai Britt Guleng, Curator at the National Museum in Oslo

This is found along with five other versions of the same motif. The inscription is first mentioned in connection with an exhibition in Copenhagen in 1904 – 11 years after Munch had painted the picture.

Among other things, the curators have analyzed the handwriting and compared it to Edvard Munch’s letters and diaries. The reason for the mysterious inscription, is said to be the criticism that the painter received when he exhibited “The Scream” for the first time together with several other paintings in the autumn of 1895.

Art critic at the time Henrik Grosch wrote that “Munch could no longer be considered a man with a normal brain,” hence the insctiption: “Can only be painted by a mad man“. While others questioned Munch’s mental state.